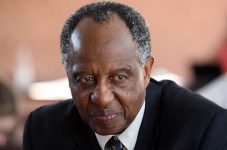 This past week, for the umpteenth time, I listened to two knowledgeable fans unload about why they are not interested in watching our main sports anymore. People today just do not care about the Proteas, Bafana Bafana or the Rainbow Cup.  This is not because the Proteas lost badly against Pakistan, or Bafana Bafana losing out on the Africa Cup of Nations finals again.  In sport, you cannot win all the time; we accept that.  No, the fans’ apathy has something to do with a disease that has been around for a long time:  Politics.  Or as an Afrikaans newspaper scribe recently called it “Politikus Gatvolivitis”.  Sport is supposed to unite us.  The rugby World Cup song aptly describes it: “The World in Union”.  This unity was strikingly demonstrated earlier this week in England.  In an unprecedented show of unity, the fans of England’s six biggest football clubs stood together… Continue reading

Cricket South Africa (CSA) finds itself struggling for survival, both on the field and in the boardroom. So, what has gone wrong with the national game that was strong and a cricket body that was once respected throughout the cricketing world? The three centres of power are the problem, with no one sure who actually administers the game in South Africa. There is the CSA board of directors, consisting of provincial presidents and independent directors. Then we have the President’s Council which consists of the fifteen presidents of each province. Add to this the South African Cricketers’ Association (SACA) and the triangle of power is completed. SACA operates under the banner of a trade union, but it is a centre of power because it has input and demands into the strategies of South African cricket. From time to time, SACA has threatened CSA with legal action on certain decisions.  … Continue reading

Yesterday the 2021 County Championship kicked off in England.  The competition was first contested in 1864, when Surrey was crowned champions.  Officially known as the Championship since 1980, the competition has seen many formats over its storied history. In 2000, the England & Wales County Board (ECB) adopted a two-divisional format for the eighteen counties contesting the Championship.  There were a few tweaks made to the structure in 2016, but it basically stayed the same until last season.  An important feature was the automatic promotion / relegation – the two bottom teams in Division One went down, and the two top teams in Division Two up. 2021 sees the first major restructuring of the Championship format since 2000.  Because of the Covid pandemic, the Championship proper was not staged in 2020.  Instead, the counties played in a revised three-group structure for the Bob Willis Trophy.  Earlier this year the eighteen… Continue reading Pakistan has arrived in South Africa for two limited overs series against a Proteas team under new leadership in Temba Bavuma. There are three One Day Internationals and four T20 Internationals, all to be played on the Highveld at SuperSport Park and the Wanderers. Once again, no spectators will be allowed into the stadiums because of Covid. There is a lot of hype around the Proteas under a new leader and a new era dawning, similar to England after the 2015 Cricket World Cup in Australia where they imploded. There is no doubt that England since the 2015 CWC have built a formidable white-ball team in both ODIs and T20Is. Since that CWC they have been the dominant white-ball team in the world and won the 2019 CWC. In fact, England is probably the best white-ball team in the history of ODI and T20I cricket. The England team is loaded… Continue reading 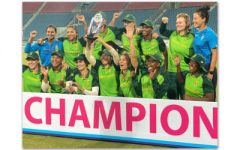 Amid the current boardroom shenanigans at Cricket South Africa (CSA) and the abysmal performances on the men’s team, the recent series victories of the Protea women in India have lifted some of the gloom that has descended on South African cricket. Moreover, they have put women’s cricket firmly on the map in South Africa; their rightful place is now given.  They have done more to promote cricket in the country – among all, not only women – than any male cricketer or administrator has done over the past two years.  The Proteas are a force to be reckoned with in international cricket and players like Lizelle Lee, Shabnim Ismail and Laura Wolvaardt are true international stars. We all know that South African teams, of whatever description, have historically struggled on the sub-continent.  That makes the Proteas’ series victories of 4 – 1 in the ODIs and 2 – 1 in… Continue reading

Cricket South Africa (CSA) recently announced that from the 2021/22 season, 15 provinces will play professional domestic cricket. The new provincial structure replaces the six-team franchise and thirteen-team provincial system that served domestic cricket from 2004. CSA must be congratulated on returning to the provincial structure because franchise cricket was the worst decision made for domestic cricket in South Africa. The franchise system was modelled on the Australian Sheffield Shield of six state teams which has served Australian cricket well for decades. This strong system ensured that Australian cricket was a dominant force in world cricket over the last century when there were only Test and One Day International cricket. With the evolution of three three formats of international cricket and the global events, this system has proved inadequate to produce sufficient players to maintain Australia’s dominance in world cricket. The mistake that CSA made was to model South Africa’s… Continue reading

Shakib al Hasan was one of the star players at the 2019 World Cup in England.  He was included in the International Cricket Council’s (ICC) team of the tournament, the first Bangladeshi to be honoured in this way.  By the end of the tournament, he had amassed over 11,000 runs and was approaching 600 wickets in international cricket. Three months later, on 29 October, his world came crashing down.  Al Hasan admitted guilt to three breaches of the ICC’s Anti-Corruption Code and was banned from the game for two years.  The sentence was suspended for twelve months, and Al Hasan returned to international cricket in January this year. Al Hasan’s case is a useful reminder that cricketers could be in breach of the Code even if they do not act upon a request to engage in corrupt conduct. From January to April 2018, Al Hasan on three separate occasions exchanged… Continue reading A new era is dawning for South African cricket with the appointment of new leadership for the Proteas. Cricket South Africa (CSA) will be hoping that these leadership appointments will start the much-needed rejuvenation of the Proteas in international cricket. The Proteas now have two captains for the three formats, with Dean Elgar captain of the Test team and Temba Bavuma captain of the ODI and T20 teams. It has been a good decision to remove Quinton de Kock as captain of the Proteas in all formats. He is too valuable to South Africa as a player and he is not a natural leader. Also, history shows that the workload of a wicketkeeper/ batsman as captain does not work; Alec Stewart is a good example of this. Elgar does not have much experience as captain because he has not been a regular franchise captain in his career. His only experience… Continue reading 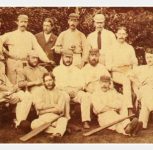 In a recent conversation with an Afrikaans-speaking father of a talented young cricketer, he made the following remark (in Afrikaans, of course): “I’m actually a rugby man, but my son plays the Englishman’s game.” It got me wondering whether this was still the prevailing perception among Afrikaners, that cricket is “the Englishman’s game”.  More so because there is a view that, if anybody, the Afrikaners have excelled most in cricket since South Africa’s international readmission in 1992.  To understand this perception, one must go all the way back to the late 19th century.  Between the time of the first ever Test match in 1877 and the formation of the Imperial Cricket Conference in July 1909, the only countries to play international cricket were England, Australia and South Africa.  In those years, the ties between England and Australia were strong, but not so between England and South Africa. Two Anglo-Boer Wars… Continue reading