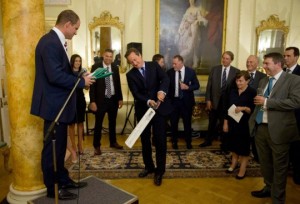 Brexit could be the death knell for Kolpak players.

On 23 June the British electorate will vote in a national referendum to decide whether or not the country should withdraw from the European Union (EU).  The issue has come to be called Brexit, a portmanteau combining the words “Britain” and “exit”.  Should the vote be in favour of Brexit, it will have far-reaching implications for South African cricketers.

At the moment South Africans have three possible entries into county cricket in England:

Brexit will not affect the players in the first two groups, but Kolpak players could suddenly become personae non grata should the “Leave” campaign (incidentally backed by former England cricketers Ian Botham and David Gower) win the day.  But for a few extra England & Wales Cricket Board (ECB) regulations, Kolpak players are basically free to play in England.  Brexit would require a work permit, a change that would place them in direct competition with overseas players.  While the odd Kolpak player is probably good enough to become a county’s overseas player, most are not and county cricket will no longer be an option for them.  There are currently between 30-40 Kolpak players.

It is undoubtedly so that when the Kolpak player was “born” in 2003, the floodgates opened up in county cricket for anyone born outside Britain who could find the right qualifications, and plenty did.  At one stage Northamptonshire had so many they became known as Kolpakshire.

The ECB has weaned counties off using Kolpak players (e.g. offering bonus payments for the number of England-qualified players) and it has reduced the numbers.  Brexit, however, will eventually wipe out Kolpak players.

Some English cricket supporters will no doubt welcome the change, the argument being that the omission of Kolpak players will open up places for England-qualified cricketers.  But in the absence of top-quality overseas players too busy to play a full season in England, Kolpak players have definitely helped to raise standards in county cricket.  Without them the current product would be much poorer.

The South African cricket establishment has always found it hard to immunize its players against Kolpak and the lure of the pound.  They would view Brexit as their vaccine.  It will no doubt keep a lot more players in South Africa, but the game in South Africa, as in England, will be poorer for it.  The vast majority of Kolpak players continue/-d to play professional cricket in South Africa too.  The skills acquired in county cricket have been ploughed back into our cricket, thus also enriching the game in our country.  Brexit will cut off the transfer of these skills.

But Brexit will hurt our cricket even more.  Kolpak and the lucrative pay packages that go with it, have allowed the top cricketers to stay longer in the game.  On a personal level, therefore, they have been able to make a lot more money from playing cricket than they would have if professional cricket in South Africa was their only option.  Brexit will cut off this lifeline.

Taking a broader cricketing view, extending the top players’ careers ensures the maintaining of high standards in our domestic game.  At a time in South African cricket when we are desperately seeking the right balance between introducing more black African players in to the professional game and simultaneously upholding high standards, losing the input of top professionals could be disastrous.  Again, Brexit will be the death knell.

For the sake of South African cricket, I believe we should all hope that come 23 June the Brits will vote in favour of staying in the EU.