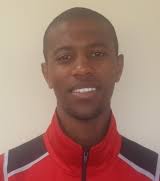 One World of Sport is proud to announce that it has captured the signature of 25-year old right-arm fast bowler, Tladi Bokako.

Bokako, who hails from the Eastern Cape, moved from the Warriors to the Cobras at the start of the 2018/19 season.  He has signed a two-year deal with the Cape Town-based team that will see him playing in their colours until April 2020.  Bokako moved to Cape Town in search of more game time and he’ll be hoping to make an impact across all three formats of the game.