Board of Control for Cricket in India gets legal 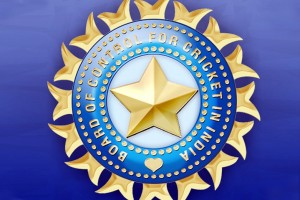 The Board of Control for Cricket in India again proved that it has no interest in the health and growth of the global game, but only its self-interests.

The  secretary of the Board of Control for Cricket in India (BCCI), Sanjay Patel, has issued an ultimatum to the West Indies Cricket Board (WICB) that if they do not pay damages of $42 million for the aborted tour of India during October last year they will pursue the matter in the Indian courts. Who do the BCCI and Sanjay Patel think they are fooling with their bully-boy tactics?

Firstly, the WICB does not have $42 million to pay the BCCI. It is common knowledge that the WICB has struggled financially for years. Secondly, the WICB President, David Cameron, is correct when he says the Indian courts have no jurisdiction over the WICB. Thirdly, the BCCI has already cancelled all future bilateral tours with the West Indies as punishment. The BCCI has declared war on the WICB and now wants to destroy them.

The BCCI has this whole matter wrong as it was not the WICB who walked out on the tour, but the players. Yes, it is the responsibility of the WICB to control their players, but they did not create this problem. The players need to take the responsibility as well for the curtailed tour of India.

Why then has the BCCI not banned the West Indian players who are the real culprits from participating in the IPL, or are they scared of the IPL franchises? They have banned the Pakistan players for political reasons before. They rather took the soft route to attack a small, poor cricketing nation that has made a great contribution towards the history of international cricket.

The BCCI has once again proved that it has no interest in the health and growth of the global game but only its self-interests, called money and power. The International Cricket Council (ICC) can’t put the BCCI to terms either, as the global body has been annexed by India and its two strategic partners England and Australia. The ICC has no authority or jurisdiction left over world cricket.

All the cricketing nations need to stand together, including Australia and England, to ensure that West Indies cricket is not destroyed by India and a handful of selfish West Indian cricketers.

If India is allowed to dictate the future agenda there could be more casualties for world cricket in the years to come. Who will be next?  Cricket South Africa knows all about it after the Indian tour of South Africa in 2013.