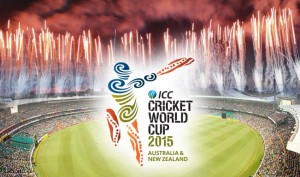 Australia and New Zealand have hosted the best ICC Cricket World Cup (CWC) in the history of the tournament. Well over a million people attended the matches and the television viewership was the biggest in the history of the tournament. When India played, over 650 million watched their team play. The matches were played in magnificent stadiums with world class commentary. Cricket Australia and New Zealand Cricket must be congratulated on hosting a fantastic tournament.

The general feeling was that the 1992 CWC took cricket to a new level with a big sponsor in Benson & Hedges. Also, it was the first time that a CWC was played under lights and in coloured clothing. If 1992 took cricket to a new level, then 2015 established the CWC as a truly global event and consolidated the fifty over game. When the 2015 CWC was awarded to Australasia many felt that it would be a watershed event for the 50 over game. Luckily, all these fears have been dispelled. The great tradition of the CWC based on the 50 game will continue and prosper.

Australia easily won the CWC as was predicted and have re-established themselves as the number one cricket nation in world cricket. They have now won the prestigious trophy for the 5th time. Of the remaining nations only India and the West Indies, twice each have won it more than once. Major cricket nations like South Africa and England have never won the CWC. A real positive for the 2015 CWC were the improved performance of Bangladesh and Ireland. The rest of the minnow teams have a long way to go to close the gap on the established nations, if they ever will. The Proteas made the semi-final as predicted and were one ball away from qualifying for the Final.

The way Australia played in the final it is doubtful if the Proteas would have beaten the Aussies on the day but would probably have pushed them harder than New Zealand did. However, overall the Proteas had an ordinary CWC when one analyses it. Their best effort was in the semi-final. Of the major cricketing nations, they lost to New Zealand, India and Pakistan and only beat a depleted Sri Lankan side and a West Indies team in disarray.

The question still remains where South African cricket goes from this point on the global stage. Winning the CWC will become more and more difficult if the best squad / team is not selected at this level. While Cricket South Africa’s main focus is representivity and not performance, it is difficult to see the Proteas being successful contenders for the CWC.