Ball-tampering to the fore again 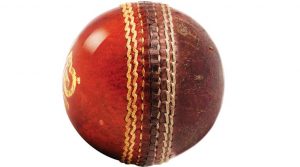 To the uninitiated, cricket and ball-tampering must appear to be synonyms.  The sport is apparently just incapable of ridding itself of this scourge.

In the wake of the very high profile Australian ball-tampering scandal at Newlands in March, one would’ve thought international cricketers would refrain from such conduct. But no. During the second Test in St Lucia of the recently completed series between the West Indies and Sri Lanka, the visiting captain, Dinesh Chandimal, used saliva from his mouth, containing a sweet, to polish the ball in clear contravention of the laws of the game. Chandimal was banned for the third Test after losing his appeal on ball-tempering charges.

On Monday this week, South Africa arrived in Sri Lanka for a six weeks tour. No doubt expecting he would be tested on the Chandimal incident at his arrival press conference, captain Faf du Plessis used the occasion for one-upmanship over the Sri Lankans. When asked if the International Cricket Council (ICC) should change the penalties for ball-tampering culprits Du Plessis said: “They have to. It’s happening too often. They need to change the regulations as quickly as possible. The penalties need to be harsher for ball-tampering.”

This was rich coming from Du Plessis. As one writer put it, “the poacher had turned gamekeeper”. Why? In a Test match against Pakistan in 2013, Du Plessis was found guilty of illegally changing the condition of the ball by rubbing it on a zip on his trousers. Then in 2016 during South Africa’s tour of Australia, Du Plessis was found guilty for ball-tampering in exactly the same way as Chandimal – a case of the pot calling the kettle black.

Later on Monday (almost as if magically heeding Du Plessis’s comments) the ICC announced tougher sanctions for ball-tampering.  The changes have no doubt come in the wake of the Australian ball-tampering scandal. The punishment meted out by Cricket Australia (CA) was far more severe than the ICC’s and there was a general feeling that the international body was too soft on the transgressors. CA stripped Steve Smith of the Australian captaincy and suspended him from international and domestic cricket for a year, while team-mates David Warner and Cameron Bancroft were banned for one year and nine months respectively. The sanctions were implemented with immediate effect. The ICC on the other hand fined Smith 100% of his match fee and suspended him for one game, and docked Bancroft 75% of his match fee. Warner received no ICC fine.

From now on ball-tampering will be considered a so-called Level Three Offence for which a player can receive a suspension of up to six Test matches or 12 One-day internationals. This is significant as the only offence more serious than this is physical assault and other forms of violence on the field (so-called Level Four Offences). The rule changes will be introduced in October this year.

Ball-tampering is cheating, finish and klaar. Cheating, in any form in any sport, must be rooted out ruthlessly.  The ICC’s new regulations are certainly a step in the right direction.  It must now be implemented ruthlessly.  As national captains, the likes of Du Plessis, Chandimal and Smith must lead the way.  Cricket and ball-tampering ought to be antonyms.