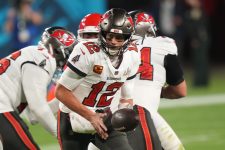 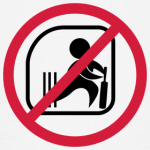 The restructuring of South Africa’s domestic, first-class cricket is in full swing.  If Cricket South Africa (CSA) can have its way, it will be implemented on 1 May.  In a nutshell, the current two-tier system of six franchises supported by a lower tier of thirteen provinces will disappear.  It will be replaced by a one level first-class structure of fifteen provinces.  The provinces will be divided into an A and B section with eight and seven teams respectively. CSA has prescribed a process in terms of which each province can make submissions for it to be included in the A section.  It is an ostensibly democratic process, but in reality it will be a fight for only two places.  The six provinces where the current franchises are based (Northerns, Gauteng, Free State, KZN Coastal, Eastern Province and Western Province) will be in the A section.  The remaining two spots will… Continue reading

Test cricket is alive and well after the recent Test series in Australia. India retained the Border/Gavaskar Trophy in the four-match Test series. India needs to be congratulated, not only on winning the Test series but also for the character they showed during some difficult times on this tour. This series, together with the 2005 Ashes series in England, are the best Test series in the modern era. India confirmed that they are a world-class team across all three formats of the game on all the continents. Having won two successive Test series in Australia, their international rankings have finally laid to rest the belief that they are only a force in sub-continent conditions. The way they came back from Adelaide after being bowled out for 36 and their captain, Virat Kohli, leaving the tour for personal reasons, speaks volumes for the character of this team. Indian teams of the… Continue reading

The Proteas comfortably beat Sri Lanka (as they should, with all due respect) in their recently completed two-match Test series.  But to be the best in the world, it is the likes of Australia, India, New Zealand and Pakistan they should be measured against. On Boxing Day last year, three Test matches started: South Africa vs Sri Lanka at SuperSport Park in Centurion, Australia vs India in Melbourne, and New Zealand vs Pakistan at Mount Maunganui. A striking feature of the top six batsmen from South Africa, Australia, India, New Zealand and Pakistan in these matches, is their comparative Test career statistics.  The numbers tell their own story… In no order, the collective number of Test matches played by the top six were 179, 164, 239, 356 and 138.  Guess which number was South Africa’s? The Proteas’ top six for the SuperSport Park encounter consisted of Dean Elgar (63 caps), Aiden Markram… Continue reading

2020 has been a disastrous year for cricket in South Africa thanks to Cricket South Africa’s (CSA) incompetency. It will go down in the annals of history as the beginning of the end of South African cricket, unless the game is de-politicised in the future. If there were a reward for a sporting body “Mampara of the Year” they would win it hands down. It is amazing how a globally respected cricketing body for decades can actually deteriorate to the degree that CSA have. Sorry, as a South African cricketing person, I have to say that they are nothing but a disgrace. There is absolutely no leadership at either Board or professional levels. During 2020 CSA had no less than three Acting Chief Executive Officers and two Presidents. This gave the Government the opportunity to interfere in cricket’s affairs. Besides the Minster of Sport taking CSA into unchartered territory of… Continue reading 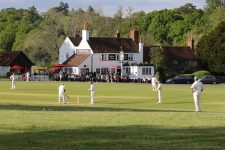 The role of the club pro in England, and how it is perceived by English clubs in general, is evolving fast. First, some historical context:  The English club pro was introduced to the game in the late 1800’s.  In the industrial heartland, the Birmingham League set the trend and were quickly followed by Lancashire and Bradford Leagues.  Cricket clubs were extensions of the industries in the area, run as businesses.  In a time when mobility (no cars) and leisure options (no television, no mobile phones) were limited, the local cricket club was a focal point for the community.  Throw a club pro into the mix and you really have a social magnet.  With a decent salary from the local factory, supplemented by the traditional ‘collection hat’ doing the round in the pub on a Saturday night, the club pro was well off.  In 1901, the right-arm opening bowler, Sydney Barnes,… Continue reading 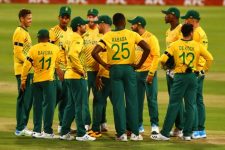 On the day that the Proteas lost the last T20 international by 9 wickets at Newlands and the series 3-0 to England, Cricket South Africa (CSA) announced that they would be increasing quotas in the national team from the 2022/23 season. These quotas would allow a maximum of only four white players and a minimum of four black African players per match. Cricket is being bullied by the politicians and the cricket illiterate; this needs to end before it is too late. Already it is late in the day for South African cricket. These quotas take no cognisance of any cricket fundamentals like form, injuries, balance, format, conditions and winning, and make no cricketing sense. Why has CSA become such a political organisation whose only objective is the politicization of the game and social engineering? The reason is that the decision-makers are not cricketing people, but quasi politicians, at best,… Continue reading 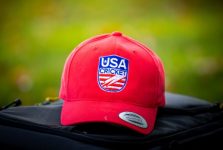 Last month USA Cricket launched an ambitious foundational plan, outlining its vision to become a full member of the International Cricket Council (ICC) by 2030.  Along the way USA Cricket also want to build five international standard stadiums, set up a T20 competition with global reach and appeal, and push for the sport’s inclusion at the Los Angeles 2028 Olympic Games.  Lofty ideals if ever there were. Cricket in America has a chequered recent history.  The current national governing body was only established in 2017 following an acrimonious legal battle which ended in the expulsion of the USA Cricket Association from the ICC after more than 50 years.  USA Cricket elected an executive from baseball’s San Francisco 49ers, Paraag Marathe, as chairman and recruited the ICC’s former chief operating officer, Iain Higgins, as CEO.  The head office was also moved to San Francisco. Predictively USA Cricket is banking on the… Continue reading