Another Indian Premier League comes to an end 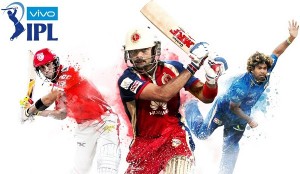 The IPL remains the biggest event on the cricket calendar because of its profile and commercial wealth.

The 2016 Indian Premier League (IPL) is in the play-off stages with the final taking place on Sunday in Bangalore. This is the ninth edition of the IPL since its inception in 2008. The tournament has sustained its profile in India and around the cricketing world the last ten years. The IPL remains the biggest event on the cricket calendar because of its profile and its commercial wealth, especially for the players who are contracted to the eight franchises.

The tenth edition of the 2017 IPL will be the last tournament as we know it as all the licences of the franchises and the players’ contracts expire. The Board of Control for Cricket in India (BCCI) will then look to issue new licences to franchises that will constitute the IPL for the next ten years. This will obviously include many of the existing franchises.  The two year suspension of Chennai Super Kings and Rajasthan Royals will also be over. Expect both these former IPL winners to make a strong comeback, especially Chennai who were an iconic IPL team before their suspension.

The 2018 IPL will also see a very big player auction and the teams will have a new look and feel about them with regard to their squads. Also, there will be many new players who are currently establishing themselves in the various international teams.  Sadly because of age there will be no place for some iconic players who have made the IPL what it is today.

South Africa had fifteen players in the 2016 IPL and the performance of the majority of the South Africans has been disappointing. Only AB de Villiers, Chris Morris and Quinton de Kock have enjoyed a successful IPL. Faf du Plessis before his finger injury was also performing well and Morne Morkel has at best been average. The rest of the South Africans have been disappointing and the majority have not been able to make their franchise teams on a regular basis.

Currently Australia has more than double the number of South Africans playing in the IPL and if this year is anything to go by, this gap could widen. It is very important for South Africa to be well represented in future IPL’s for the profile of South African cricket and commercially. The future performances of the Proteas and the quality of players produced by Cricket South Africa will determine how many South Africans will secure IPL contracts in the future.