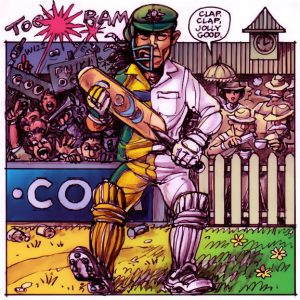 Rather scrap a Test match than make it a four-day affair.

Let me state it upfront:  I’m a cricket traditionalist and resent the possibility that a Test match could be played over four days.

Yet, that is the distinct possibility facing the world of Test cricket.  After endless deliberations between Cricket South Africa (CSA) and the Board of Control for Cricket in India (BCCI), the two boards announced earlier this week that their upcoming Test series in South Africa has been reduced from four to three matches.  Effectively, the decision axed the Boxing Day Test match (usually played in Durban but more recently in Port Elizabeth too).  Not wanting to deprive South African fans of Test cricket over this period, CSA took the unprecedented step of requesting the International Cricket Council (ICC) to grant Test status to a four-day, day-night match against Zimbabwe in Port Elizabeth.  All indications are that permission will be granted, albeit strictly as a “trial” exercise.  A final decision will be taken at the next ICC board meeting in Auckland in October.

If ever there was a case of treating the symptom and not the cause, this is it.

The game’s administrators are inclined towards four-day Tests because the concept helps ease on of their biggest problems: scheduling.  Domestic T20 leagues are swamping the game, taking up a large part of the cricket calendar, and boards therefore struggle to find enough time for full Test series.  And that is the real problem that needs to be treated: the proliferation of domestic T20 tournaments.

Cricketing interests (read: Tests) obviously need to be balanced with the game’s commercial interests (read: T20’s).  But the one cannot be sacrificed for the other.  At the moment the scales are in favour of T20 cricket and commercial interests.  Playing a test match over four days slowly but surely erodes the value of Test cricket (even if the ICC tries to cover it up as an experiment).

It is worth noting that the notion of four-day Test cricket is a completely administrator-driven concept.  The ICC is apparently working towards a resolution that would allow Full Members to decide between themselves whether a Test should be four or five days.  CSA and the England and Wales Cricket Board (ECB) are reportedly staunch supporters of this concept.  However, the administrators’ stance is in sharp contrast to the game’s biggest stakeholders, the players.  In a survey conducted in 2015 by the Federation of International Cricketers’ Associations, the players gave the idea of four-day Test matches a thumbs down.

Test cricket has always been and must always remain the bedrock of the game.  For the sake of its integrity, as well as that of the game of cricket in general, rather scrap a Test match than make it a four-day affair.