African cricket on the decline 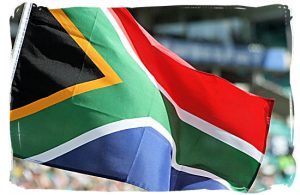 South Africa needs to play a bigger role in the development of cricket in Africa.

Cricket on the African continent is played by most countries but the leading nations are South Africa and Zimbabwe, who are Full Members of the International Cricket Council (ICC), and Namibia and Kenya, who are Associate Members. The standard of African cricket has declined the last two decades if one looks at the performances of the four strongest nations.

South Africa, who for years has been one of the top cricketing nations, has lost its iconic status and the dominance it once enjoyed in world cricket. The Test team slipped from number one to seven on the ICC Test rankings but has now recovered to number five. Continuing lack of success at ICC global tournaments has also become a problem for South African cricket. There are some worrying signs and developments for the South African game.

Zimbabwe at independence developed into a competitive international team, especially in limited overs cricket. Who will ever forget their victory against England in the 1992 World Cup and against South Africa in 1999? Today they are a mere shadow of those teams. They are still a full member but Afghanistan has gone past them as a cricketing nation.  They are struggling to secure both inbound and outbound tours on a regular basis. There is a feeling that Zimbabwe as a cricketing nation could become extinct in the next ten years.

Namibia played in the 2003 Cricket World Cup in South Africa.  They haven’t since qualified for an ICC tournament and probably never will. Namibian cricket is very small with only a handful of clubs and cricketers playing the game. What has been disappointing is that even as an Associate Member they are struggling more and more to compete. They will never have the player base to be a force in world cricket, but if managed and developed properly they can hold their own against other Associate teams.

The biggest disappointment is Kenya, who qualified for the semi-finals at the 2003 World Cup in South Africa. On that glorious evening at Newlands they pushed India all the way and at times it looked like they might create the biggest upset ever in world cricket. India was saved that embarrassment by a brilliant hundred by Sachin Tendulkar. Since that memorable tournament, Kenya has faded and even failed to make the play-offs of the 2016 Africa T20 Cup.

South Africa needs to play a bigger role in the development of cricket in Africa. They have the experience and personnel to assist the continent to grow and uplift the standard of its cricket. The continent needs an African league of some sort to create a standard of consistency.