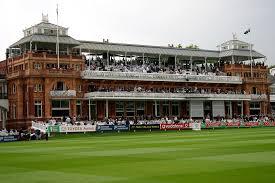 Cricket’s traditional stronghold is under attack.

England is the spiritual home of cricket. It has always been, and will always be, the one place where every respectable cricketer wants to play at least once in his life. Despite the Indian Premier League and Australian Big Bash millions, a very large portion of the overall revenue generated globally in cricket (commercial and otherwise) also comes from England. It is the only country where cricket is watched on a regular basis, by decent size crowds, across all three formats.

With this as background, it was therefore rather interesting to read recent research from a leading UK sports intelligence company, Performance Communications. In a report titled “The Future of the Sports Fan” the researchers made a detailed analysis of the make-up of current fan bases, the motivations behind their following of a certain sport and the key trends that could affect fan behaviour in the foreseeable future. In-depth interviews were conducted with academics, rights holders (such as Team Sky, the Football Association and cricket counties), global sponsors and around 500 fans from a variety of sporting codes, including cricket.

The report offers an interesting snapshot of facts and preferences that could impact the future of fan behaviour in general, and specifically the way cricket could be consumed in the not too distant future. The research revealed four key trends that could shape the future of sports fans:

• Augmented Viewing: It is important to know how the fans of the future would like to view their sport. A staggering 94% of fans said that in a perfect world they would always prefer to watch their sport live. If they have to watch it on television, 63% said that they would like to have the ability to choose their own camera angles instead of relying on the broadcast producer. The desire for sports content shows no sign of abating: 73% want to access content ‘whenever they want’, with a quarter of fans having accessed content on the toilet, 52% at work and 14% at a wedding or funeral!

• Priced Out: The impact of the cost of attending the live event experience is becoming a major factor in the UK. 94% of fans would prefer to watch their sport live but don’t do it because 79% believed tickets are overpriced. The researchers also found that at major events (for example a day at Lord’s) fans spent an average of £65 on food and drinks. That’s more than R1,200!

• Game Changers: Traditional sports like cricket, rugby union and golf continue to be under pressure from non-mainstream sports like mountainbiking, beach volleyball and mixed martial arts. 36% of sports fans now also follow a non-mainstream sport on a regular basis. The researchers believe that this number will soon reach 50%.

• Playing with Purpose: Sport’s tie-in with the community and social responsibility remain massively important to the fans. 66% believe athletes are role models and 51% think that off the field supporting local communities is the most important job of a sports team. Interestingly a fair majority of the fans surveyed (64%) believed that sport is a more powerful route to social change over religion (39%) and politics (28%).

Drawing these results through to cricket, there are clear threats but also huge opportunities for the sport. Cricket fans still want to watch their favourite sport live but the ticket prices will have to come down otherwise cheap live events like mountainbiking will win them over. Because cricket is by nature a slow game, it lends itself perfectly to giving television viewers more viewing options. How about allowing viewers to do their own ball-tracking or watching replays of their choice?

Cricket fans are traditionalists and therefore apt to say our game has survived on the international stage for almost 150 years, we don’t need changing. But the global village has made it a different ball game (excuse the pun). Cricket must listen to its fans and keep up with their changing environment.