A sure threat to the sustainability of professional sport 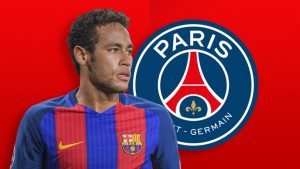 PSG are poised to sign Neymar from Spanish champions Barcelona for a world record transfer fee of €220 million.

As if to drive home the point of last week’s E-column (“Is professional sport sustainable?”), French football giants Paris Saint-Germain (PSG) are poised to sign Brazilian forward Neymar from Spanish champions Barcelona for a world record transfer fee of €220 million (or just over R3,5 billion – let that sink in for a moment…).

This imminent transfer more than doubles the previous record.  Neymar will complete the move on Friday after he personally paid the transfer fee to Barcelona to trigger a so-called buyout clause in his contract.  According to various media reports, Barcelona confirmed that Neymar’s lawyers “made the payment of €220 million in the player’s name” to release him from the five-year contract he signed just last year.

In Paris the news was met with great excitement.  The leading French daily, Le Parisien, devoted the first five pages of its Thursday issue to Neymar’s impending arrival. Even the new French president, Emmanuel Macron, chipped in calling it “good news”.

However, just about everywhere else in the world the news was greeted with scepticism, particularly at the role played by PSG’s owners Qatar Sports Investments (QSI).  QSI is a parastatal Qatar company and is fully controlled by the Qatari government.  QSI will ultimately pay the transfer fee as they will reimburse Neymar.

The respected manager of English football club Arsenal, Arsene Wenger, called the mega-transfer “beyond calculation and rationality” and, in a scarcely veiled reference to QSI, a consequence of what happens when “a country owns a club”.  Echoing Wenger, the Spanish newspaper El Mundo described the deal as “a state signing”.  Another English manager, Liverpool’s Jurgen Klopp, criticised the deal and questioned the effectiveness of the sport’s Financial Fair Play rules, which stipulate that a club’s wage bill must not exceed 70% of its revenue.

When faced with these mind-blowing numbers, one wonders indeed where it will all end.  How is it possibly sustainable?  Is this sport or somebody trying to flaunt its wealth?  If Neymar’s deal is a once-off, then so be it.  But if it should pave the way for more mega-deals in football, it is sure to spill over into other professional sports.  The threat of the unsustainability of the modern-day professional sport will then only loom even larger.

Here is the list of the all-time top 10 global football transfers.  All bar one have happened in the last 4 years.  Professional football is certainly entering new territory: