A contract not worth the paper 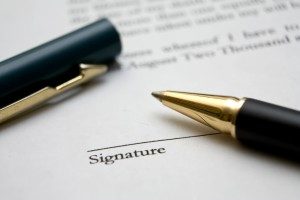 A basic principle of any contract is that the parties must know what they are signing.

One World of Sport has been representing professional cricketers since September 2006.  Many things have since changed in the world of professional cricket.  In 2006 there was no Indian Premier League, the Knights were still called the Eagles and Vernon Philander was yet to make his Test debut.

But many things have also stayed the same.  The one thing that amazes me year after year is the scant respect shown across the board in this country for professional cricketers’ contracts – from administrators in the highest positions in the game to the coaches (especially) and even the players themselves.

Any contract starts with a negotiation process.  But let me rather not go there.  Like the late Mark McCormack, I could write a book about it.  Everything McCormack said about negotiations in “What They Didn’t Teach Me at Yale Law School” is true.

The negotiations are done and the player’s remuneration for the next twelve months agreed.  This is then incorporated in a contract of over thirty pages if you’re a national or franchise player and nineteen pages if you’re on a senior provincial contract.  There is no abridged version of this contract like they have in England.  No, Cricket South Africa (CSA) and the South African Cricketers’ Association (SACA) insist on a full contract being signed every year.

A basic principle of any contract is that the parties must know what they are signing.  This is an entrenched legal principle, but it could just as well be expressed as common sense.  If a party hasn’t had a chance to actually read the contract, he must at least be afforded the opportunity to do so.

You would therefore believe that a professional contract being the most important document in the life of a cricketer, he would be afforded an opportunity to read it.  No way!  Time and time again we field calls by players telling us things like “the coach gave me my new contract after nets and told me to sign”.  Or “the CEO phoned me and said I must come in and sign my contract at his office 10 o’clock this morning”.  We also hear from players more times than you can imagine “if you don’t sign within 24 hours, we will give your contract to another player”!

As a result we have created a generation of players the majority of whom haven’t got the foggiest notion of the essential terms of their professional contracts, let alone the fine print.  I firmly believe that most professional cricketers in this country will have strong grounds for nullifying their contracts on the basis of them not knowing what they’ve signed.

The signing of the contract itself is another bugbear.  As mentioned above, CSA and SACA insist on lengthy contracts, with two witnesses and the lot, being signed every year.  I cannot think of a single instance in thirteen years where one of our players’ contracts hasn’t been signed properly, dated and a place of signature inserted, and witnessed by two witnesses.  Yet CSA and its affiliates flout their own procedures at will.

We have dozens and dozens of contracts on record where no witnesses have signed for the franchise or province, no date and place for signature inserted and, lo and behold, where the contract has never been counter-signed!  And that is besides there being no indication in the contract that the person signing has the authority to do so, that in every second contract the players’ names are spelled incorrectly, etc., etc.  If the franchises and provinces have no respect for the signing process, what right do they have to expect the players to respect it?

We recently successfully concluded a new deal for a player in England.  The negotiations, the reading through the contract and the signing process were all done professionally and to a high standard.  The parties know their rights and obligations and all have a properly signed copy of the contract.  All of this despite us being 6,000 miles away, and our player only 600 yards.  The contrast between South Africa and England in respecting a player’s contract couldn’t be starker.