A case of cricket vertigo 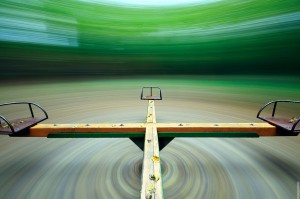 Like the kid on the merry-go-round who feels dizzier with every twirl, the cricket vertigo in South Africa is gaining more momentum…

The Oxford English Dictionary describes vertigo as “a condition with a sensation of whirling and a tendency to lose balance”. Exactly how anyone involved with cricket in South Africa is feeling right now.

South Africa’s surrendering of their no.1 position in Test cricket is a contributing factor to the vertigo, but most certainly not the main or only cause. In fact, the fall is symptomatic of the vertigo.  Like the kid on the merry-go-round who feels dizzier with every twirl and eventually cannot hold down his lunch.

It started in (our) winter with the ill-conceived tour of Bangladesh in the middle of monsoon season. Nothing was gained from it.  Six months later all one can remember are Kagiso Rabada’s hat-trick in one of the ODI’s and rain, rain, rain.

Then there was the curious, once again ill-conceived case of ODI cricket in August. Yip, remember that..?  While the rest of South Africa was wondering who Heyneke Meyer will pick to play for the Springboks in the World Cup the following month, the Proteas and Black Caps were slugging it out.  Does anyone care who won that series?

No sooner had he Kiwis left than we were confronted with another ill-conceived concept: The Africa T20 Cup.  (Or as one banner at the launch proclaimed, the Arfica T20 Cup!)  The teams had no identity and were hotchpotches of Proteas (Vernon Philander for example played for South Western Districts), regular franchise and provincial players, all “balanced” with black quota players and U.23’s.  Nobody watched it and the standard was embarrassingly low.

Early in October the Proteas embarked on their arduous 72-day Indian tour. The trials and tribulations of the tour are by now well documented.  What started off on a positive note with ODI and T20I series victories, ended in disaster.  A completely demoralised Proteas team returned in December.

While the Proteas were away, only white-ball cricket was played on the domestic front. And then the folly of these (again) ill-conceived fixtures dawned on South Africans:  A down-and-out team will have to face England in two weeks – no replacements could seriously be considered for under-performing players because no first-class cricket has been played in South Africa since March!  Throw in a number of key injuries, some strange selections (will Hardus Viljoen ever play another Test match?) and a captain resigning mid-series, and you have the recipe for South Africa using the most players ever in a Test series since 1992.  Is it any wonder the Proteas lost?

And just to give the vertigo more momentum, ex-Protea Gulam Bodi drags South African cricket into a spot-betting crisis – the end of which we are still to witness – and quotas rear its ugly head again. Black players are peeved at being labelled “affirmative action” players and white players are angry at the lack of playing opportunities.  You need not be a Nostradamus to see another crisis looming.

Cricket South Africa needs to show firm management and stabilize the landscape. Spot-betting is beyond their control, but the other crises are largely of their own making.  South Africa has the players (internationally and domestically) to be a strong cricket country but we can disappear in a maelstrom if we don’t act decisively, now.