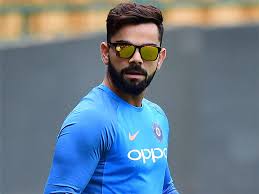 Kohli brings a winning energy and passion to the Indian team. (PTI Photo)

The current Indian tour of South Africa has been the most competitive of all the tours undertaken by them to South Africa. They have developed into a world class team and are ever-improving playing away from India. They have an outstanding captain in Virat Kohli who averages over 50 in all three formats of international cricket. He might be a character you either love or hate, but he brings a winning energy and passion to the Indian team.

The Test series won by South Africa was a lot closer than it looked on the surface. No doubt Kohli will look back on the Test series and think that India has lost an opportunity. At Newlands he will think that they should have reached the target of 192 after a solid second innings start. In the Centurion Test he will think if they got a lead of around 70 and Cheteshwar Pujara didn’t run himself out in both innings, they could also have won the second Test. The third Test at the Wanderers on a sub-standard wicket was their finest hour of the tour as they showed real character to emerge victorious.

As I write this column India lead the six match ODI series three-nil, favourites to easily secure the series and the number one ICC ODI ranking. The margin of defeats in all three ODI’s must be a concern for Cricket South Africa (CSA). The Proteas at home simply are not competing with India. There is a lot of talk that the Proteas are building a team for the 2019 Cricket World Cup (CWC). If this is the case, then they have certainly missed the boat the last four years and should concentrate on the 2023 CWC.

During the 1990’s the Proteas were the best ODI team in world cricket, but since the painful exit at the 1999 CWC at Edgbaston against Australia they have never reached those heights again. The Hansie Cronje factor in that successful era should never be underestimated.

CSA has to be concerned how the new players have struggled to adapt to international cricket. This does not bode well for post 2019 when as many as eight or nine established players will retire. Do they have the replacements? On this form it does not look like it.

CSA will seriously have to address their domestic structure and policies that govern both international and franchise cricket if the Proteas are to be a sustainable brand.