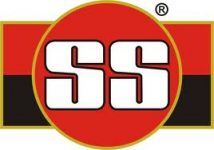 Two international players represented by One World of Sport recently signed new long-term sponsorship deals with two global giants of the cricket equipment market. Proteas all-rounder Vernon Philander will play with SS Ton until at least December 2019.  Philander will be the only current South African international player sponsored by SS Ton and he will be supported directly out of Meerut, India by the brand’s holding company, Sareen Sports Industries. Philander first major international series with his new sponsors was the recently completed Test series against India.  He promptly repaid SS Ton by being announced as the Player of the Series. Former Proteas batsman Stiaan van Zyl, who now plays county cricket for Sussex, committed himself to the well-known English batmakers Gray Nicolls until December 2019.  When with Sussex from April to September, Van Zyl… Continue reading

Two experienced international cricketers represented by One World of Sport, Stiaan van Zyl and Malcolm Waller, earlier this week joined up with their respective squads for the 2017 edition of the Bangladesh Premier League (BPL). This is Waller’s second stint in the BPL.  In 2015 he played for Dhaka Dynamites but this season will ply his trade with Rajshahi Kings.  2017 marks Van Zyl’s debut in the BPL.  He will play for Chittagong Vikings. The 2017 BPL will feature seven teams:  Chittagong Vikings, Comilla Victorians, Dhaka Dynamites, Khulna Titans, Rajshahi Kings, Rangpur Riders and Sylhet Sixers.  In the first round of the tournament the teams play each other twice, home and away.  The top four teams will qualify for the play-offs starting on 8 December, with the final on 12 December at the Shere Bangla National Stadium in Mirpur.   Continue reading 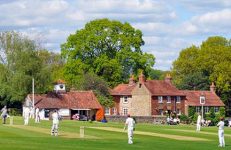 As always a healthy contingent of One World of Sport cricketers are plying their trade in club cricket during the UK’s 2017 season. Craig Alexander and Gihahn Cloete are enjoying their first taste of English club cricket.  Alexander is playing for Preston Nomads (based in Hove) in the Sussex Premier League and Cloete for Prestwich in the newly formed Greater Manchester Cricket League. For Aubrey Swanepoel, Brendon Louw and Michael Erlank it is the second time in their careers that they have the privilege of playing club cricket in England.  Swanepoel is with Stokesley in the tough North Yorkshire & South Durham Premier League, while Louw and Erlank are both at Lancashire premier league clubs – Ribblesdale Wanderers and Accrington respectively. One World of Sport’s Australian client, Gerry Fatouros, signed up for another season at The Mote in Kent. Kelly Smuts is into his fourth consecutive season as the overseas… Continue reading 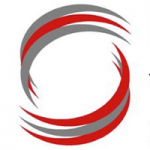 A number of promising young cricketers recently put pen to paper on an agency and management agreement with One World of Sport. Shaheen Khan is a 29-year old allrounder (right-hand batsman and right-arm medium fast bowler) who has already played franchise cricket for the Cobras in all three formats of the game.  He made his first-class debut for Western Province in 2011 and has also represented the Gauteng Strikers. Cebo Tshiki is originally from Border but now plies his trade with Boland, where he has a semi-pro contract.  He has already represented the Cobras in the Sunfoil Series and T20 Challenge.  Tshiki is a left-hand top order batsman and played SA Schools in 2007.  He is 26 years old. More recently, Kyle Verreynne, Liam Smith and Luke Philander all played for the SA U.19 team at the 2016 U.19 World Cup in Bangladesh.  Verreynne is a wicketkeeper and top order,… Continue reading 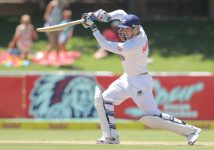 Proteas and Cape Cobras all-rounder Stiaan van Zyl has put pen to paper on a three-year deal at English county Sussex. The 29-year old will ply his trade as a local player from April 2017 after completing the 2016/17 season with the Cape Cobras. Van Zyl has played 12 Test matches for South Africa and made an unbeaten century on debut against the West Indies at Centurion in 2014.  The left-hander has played 131 first-class matches, scoring almost 8,000 runs in the process, including 18 centuries and averaging 42.78. His List A record is also impressive, having made over 3,000 runs in his 103 matches.   His medium-pace bowling has yielded over 50 wickets in first-class cricket. Van Zyl said of his move to Sussex:  “I am very excited to be joining such a prestigious club and can’t wait to be contributing on and off the field, especially with the youngsters… Continue reading

Three exciting young cricketers, Patrick Kruger, Kyle Degambur and Chad Classen, recently signed agency contracts with One World of Sport. Kruger (21) is a batting all-rounder from Northern Cape, where he is on a semi-pro contract. He made his first-class debut in 2013. At the Club Championships in Pretoria in April, Kruger was the Player of the Tournament. During the winter he attended the National Cricket Academy in Pretoria and he was one of Northern Cape’s star players in the Africa T20 Cup in September, where the team lost in the final. Kruger has been included in the Knights squad for this season’s T20 competition. Degambur is a wicketkeeper / batsman. For the 2016/17 season he is on a semi-pro contract at Easterns. Degambur (22) made his provincial debut for Easterns last season, having opted to first complete his university studies. Classen is a 19-year old, right-ram fast bowler from… Continue reading

Current Afghan international players Dawlat Zadran and Noor Ali Zadran, as well as Zimbabwean PJ Moor, have committed their cricket futures to One World of Sport. Dawlat Zadran is a right-arm fast bowler in the Waqar Younis mould.  He was clocked at 145.3kph during the Asia Cup in 2014, and provides the sort of pace rarely seen in Associate sides.  He is the spearhead of Afghanistan’s bowling attack and has played 48 ODI’s and 29 T20I’s. Noor Ali Zadran is a 28-year old right-hand, top order batsman.  He has played 35 ODI’s and 18 T20I’s for Afghanistan.  He has scored one century and 9 50’s at international level. Moor is a 25-year old wicketkeeper batsman.  He has played two Test matches, nine ODI’s and eight T20I’s for Zimbabwe.  In his two Test matches he has already scored two fifties, against New Zealand and Sri Lanka.   Continue reading

One World of Sport is proud to announce that it has signed an agency and management agreement with the Cape Cobras captain, Justin Ontong. Ontong made his first-class debut in 1998 at the age of 18 and his international debut for South African in an ODI against the West Indies in Jamaica in 2001. He since represented South Africa in 44 internationals across all three formats. He has been one of the best domestic players in South Africa for almost two decades, first plying his trade with the Lions and then the Cobras. In first-class cricket alone he has amassed almost 11,000 runs at an average of over 40. As captain, Ontong has also made an outstanding contribution to the Cobras’ success in recent seasons. Since assuming the role in 2008, Ontong has led the franchise to trophies in all South Africa’s domestic competitions.   Continue reading 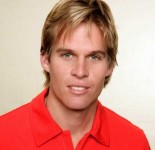 One World of Sport is proud to announce that it has signed a long-term representation agreement with Zimbabwean international cricketer, Malcolm Waller. Since his international debut in 2009, Waller has become a stalwart for Zimbabwe, especially in the shorter formats of the game. A hard-hitting right-hand middle order batsman, Waller’s T20 international record is particularly eye-catching:  An average of 29.00 over 22 innings at a strike rate of 148.04. Waller rose to fame as an international cricketer when he helped Zimbabwe to chase down their highest ever target in One Day International of 328 against New Zealand in Bulawayo in 2011. He showed immense character in guiding Zimbabwe’s chase of a total of more than 300 for the first time in their history.  Waller was unbeaten on 99 off 74 balls as Zimbabwe clinched a dramatic last-over victory.  Following his heroics, he made his Test debut against New Zealand a… Continue reading 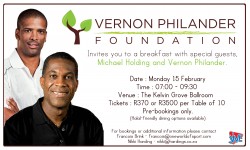