One World of Sport is proud to announce the signing of three young players, Heath Richards, Nicholas Keevy and Gerhardus Fourie. Richards is an 18-year old allrounder from South Western Districts (SWD).  He is a right0handed middle order batsman and right-arm fast bowler.  He made his debut for SWD earlier this season while still at school and has since played five first-class, four List A and five T20 games.  He already has a first-class fifty behind his name.  His all-round abilities came to the fore at the Khaya Majola Coke Week in December when he won the award for Bowler of the Week. 17-year old Keevy is in matric at Grey High in Port Elizabeth.  He scored the second most runs at the Khaya Majola Coke Week in December and on the back of this impressive performance was selected for the SA Schools team.  Keevy is a right-hand opening batsman… Continue reading

Three established provincial players recently put pen to paper on long-term management agreements with One World of Sport. Since joining Northern Cape from Free State two seasons ago, Beyers Swanepoel’s game has come on in leaps and bounds.  Swanepoel is a bowling allrounder – right-arm fast bowler and left-hand batsman.  This season in the 3-Day Provincial Cup he has taken the second most wickets (32) at an average of 15.65.  Swanepoel has also scored 309 runs at an average of 61.80, including a career best 188* against KwaZulu-Natal.  He also made his franchise debut for the Knights in January.  Swanepoel was also picked for the Isma-eel Gafieldien has been the mainstay of the Boland batting line-up the last three seasons.  A left-handed batsman blessed with extraordinary powers of concentration, Gafieldien has had a particularly impressive season in the 3-Day Provincial Cup.  He has scored the most centuries so far (three),… Continue reading 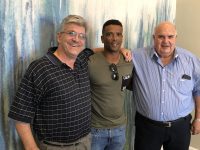 After 64 Test matches, Vernon Philander this week bid farewell to international cricket. Naturally a lot of Vernon’s career records and statistics have been dished up lately. Just remember this one and savour it for a moment: Of all the bowlers who have played Test cricket since Vernon made his debut in November 2011 and have taken more than 150 wickets, no one has a better average – 22.32. In his era Vernon Philander was peerless! One World of Sport is proud and privileged to have been part of Vernon’s journey every step of the way. We wish you and your family everything of the very best for the future! Continue reading

Sussex’s leading batsman, Stiaan van Zyl, has renewed his sponsorship contract with the renowned English batmakers, Gray Nicolls, until the end of the 2021 county season. Van Zyl first signed up with Gray Nicolls when he started his county career with Sussex in 2017.  His 2018 season was unfortunately cut short because of injury, but Van Zyl was in prolific form in 2017 and again this season.  He made just under 1,000 first-class runs at an average of 49,00, including a particularly memorable innings of 173 at Lord’s against Middlesex. Van Zyl recently renewed his contract with Sussex, also until 2021. Continue reading 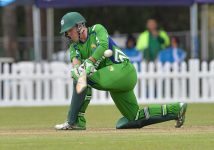 One World of Sport is proud to announce the signing of two top, young cricketers. Jean du Plessis is a right-hand, top order batsman.  He laid down his marker at youth level, representing South Africa U.19 in 2017 & 18.  He is from South Western Districts and has a senior provincial contract with the province until the 2019/20 season.  In first-class and List A cricket Du Plessis, who is still only 20 years old, has already scored three centuries and five half-centuries.  His List A average already stands at an impressive 40.00. Fritz de Beer is a left-hand, top order batsman from Boland.  He is 22 years old and contracted at Boland until the 2019/20 season.  De Beer is in the choice company of batsmen who have scored a century on their first-class debut – a 104 against KZN Inland in January 2018.  Since his debut De Beer, who also… Continue reading

One World of Sport is proud to announce the signing of two top, young cricketers. Tsepo Ndwandwa is an orthodox, left-arm spin bowler.  Ndwandwa hails from Eastern Province, where he represented his province at youth level, but has really made his mark in first-class cricket at South Western Districts.  At the end of the 2017/18 season, his full one in first-class cricket, Ndwandwa was part of a small group of players selected by Cricket South Africa to attend a spin-bowling camp in India.  During the 2018/19 domestic season, he also had his first taste of franchise cricket when he represented the Cobras in three matches (including a semi-final) in the Momentum One Day Cup.  Ndwandwa is 23 years old and has a bright future in professional cricket. Another future star is former South Africa U.19 all-rounder Jason Niemand.  Niemand is from Border and currently under contract at the province until… Continue reading

One World of Sport is proud to announce the signing of two exciting cricketers. Zimbabwean Solomon Mire is an established international player who has represented his country in all three formats of the game – two Test matches, 40 ODI’s and 7 T20I’s.  Mire is a right-handed top order batsman.  He is particularly effective in white-ball cricket.  In ODI’s he has an average of 21.00 at a strike rate of 82.75, with a highest score of 112.  In T20I’s Mire has scored his runs at an average of 35.57 and a strike rate of 129.68, with a highest score of 94.  Mire has also played for the Melbourne Renegades in the Australian Big Bash. Mihlali (“Popos”) Mpongwana is a future star.  He made his debut for Western Province during the 2018/19 season, representing them in one first-class and six List A matches.  He was also one of the stars for… Continue reading 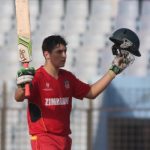 Two young cricket stars, Ryan Murray from Zimbabwe and South African Jade de Klerk, have signed agency agreements with One World of Sport. Murray is a 20-year old right-hand middle order batsman who has already played five ODI’s for Zimbabwe.  The ODI’s were all played in a series in July 2018 against Pakistan.  He made a top score of 47 and ended the series with a solid average of 27.00 against one of the finest bowling attacks in world cricket today. Murray currently studies at the University of Stellenbosch. De Klerk has been one of the stars of the South Africa U.19 team over the past two years.  He is a spin bowling allrounder – left-arm orthodox and a lower middle order batsman.  Since making his SA U.19 debut in 2016, De Klerk played in five U.19 Test matches and 26 U.19 ODI’s.  On the SA U.19 tour to England… Continue reading

One World of Sport is proud to announce that it has captured the signature of 25-year old right-arm fast bowler, Tladi Bokako. Bokako, who hails from the Eastern Cape, moved from the Warriors to the Cobras at the start of the 2018/19 season.  He has signed a two-year deal with the Cape Town-based team that will see him playing in their colours until April 2020.  Bokako moved to Cape Town in search of more game time and he’ll be hoping to make an impact across all three formats of the game. Bokako attended the National Academy in the winter of 2017.  He has taken 143 wickets in 46 first-class matches at an average of 25.84, with best figures of 5/14.     Continue reading 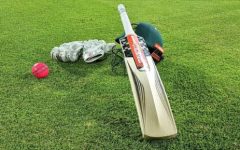 One World of Sport is proud to announce the signing of four top, young cricketers. Mthi Nabe is a right-arm, medium fast bowler.  He had a breakthrough season in franchise cricket in 2017/18 and played in 85% of the Cobras’ matches across all three formats, taking 36 wickets.  Cricket South Africa have noticed his performances and recognised this by inviting him to the National Cricket Academy for this winter.  He will be at the Academy from 21 May until middle August.  Nabe has signed a contract with the Cobras for the next two seasons. Finki Serame and Hanno Kotze are both established provincial players with the potential to play franchise cricket.  Both players recently signed 2-year senior provincial contracts with Boland.  Serame is an off-break bowler who has played for the Dolphins and Cobras before.  Kotze is a right-hand, top order batsman.  He had a big 2017/18 season for South… Continue reading