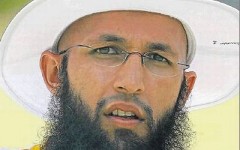 The Cricket South Africa Board meets on the 3rd June to approve the new Proteas captain. However, there is little doubt that the Board will appoint Hashim Amla captain now that he has made himself available and has shown enthusiasm for the captaincy. There are a few reasons that will make him the CSA Board’s choice for this important position.  He is assured of his place in the team and is a very experienced world class player. Also, he has leadership skills and experience having captained the SA U19 team and the Dolphins.  Very importantly he has never been aligned with any camp in the Proteas team during the past and is his own man. Transformation will also play an important part in the Board’s decision and they will not let slip the opportunity to appoint South Africa’s first black cricket captain on merit. He is the best man to … Continue reading

English football star Wayne Rooney will never sign for any other club than Manchester United and here’s why:   In February this year Rooney signed a new four-year deal with Manchester United that remunerates him on three different tiers.  It has been said that the deal has made Rooney “the most innovatively paid player in the world”. The first tier of the deal is Rooney’s basic salary, reported to be around £300,000 per week.  The second tier is payment for his image rights.  In essence Manchester United will pay Rooney an annual fee to use him as part of a collective of other Manchester United players for promotional activities, either directly for the club or for the club’s manifold sponsors.  This part of his contract, according to reports, basically doubles his weekly income. The first two tiers of the deal are run-of-the-mill in terms of the basic structure of Premier … Continue reading