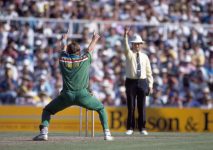 Cricket South Africa (CSA) needs to get its act together as it has an obligation not only to the country and its cricket fans, but also to the world cricketing community. South Africa has for years played a major role in the development of cricket around the world, even in the isolation years, and was one of the founding members of the International Cricket Conference, the predecessor of the current International Cricket Council. In South Africa today, it is not fashionable to refer to history because of our past. But being a cricketing person not a politician, I am comfortable and proud about the role South African cricket has played in the evolution and growth of cricket in the world. The global game is built on only eleven full nations who play all three international formats and South Africa is crucial to the sustainability of world cricket, especially in the… Continue reading

Tony Lock was a fine left-arm spinner for England from 1952 to 1968.  In his career he took 174 Test wickets.  But what is he arguably most famous for…?  Remember Jim Laker’s 19 wickets in the Test match against Australia at Old Trafford in 1956?  Well, Lock was the bowler who took the 20th wicket. Today still, Laker’s performance is astonishing.  Even if it was achieved on a pitch, as Wisden described it, “heavily marled and almost devoid of grass”, he must have bowled exceptionally well.  In the history of cricket no other bowler has taken more than seventeen wickets in a first-class match, let alone in a Test match.  It is a unique feat that, like Sir Donald Bradman’s Test batting average of 99.94, might never be surpassed. In the Australian second innings, Laker became the first bowler to take all ten wickets in a Test innings. (Fun fact: … Continue reading

Cricket South Africa (CSA) has had a bad week with the crisis deepening on three fronts. They have had to postpone the Annual General Meeting that was to be held on Saturday. The reason given for this is the need to re-align with the Nicholson report of 2012. One of the reasons why CSA find themselves in this position is because their management structure is too complicated. There are two governing bodies consisting of the General Council with all 14 provincial presidents, and then the Board of Directors consisting of seven provincial presidents and five independent directors. Studying the list of people who serve on the CSA Board it is clear to see that both the independents and presidents have no history in the game with regard to passion, experience, understanding and acumen, and are not equipped to run an international sport. Cricket needs to be managed by cricketing people… Continue reading 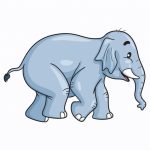 For the second time in a row I found myself at a complete loss what to write about in my fortnightly column.  The equivalent of a sort of writer’s block. There has been no shortage of events in South African cricket to write about – all of it off the field.  Not writing about things such as the political interference, the boardroom shenanigans or the effects of the Black Lives Matter movement would be like avoiding the elephant in the room.  These issues (and many more) are crucial to the future of the game in our country and I hold strong views on them.  Yet, I somehow could not find it in me to also add my opinion to the public debate.  Why not? Cricket is the most beautiful game I know.  I have been in love with it since the day I first played it on the beach in… Continue reading 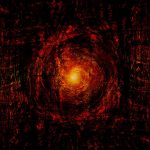 Cricket South Africa (CSA) finds itself in a situation that one must ask the question, is it in the abyss already or heading for it? The interference by the government, political strife, personal conflicts and agendas have seen the organisation become dysfunctional with the resignation of the top leadership. The sudden resignation of the President, Chris Nenzani, with only three weeks left of his tenure, is very interesting. Nenzani for months resisted the pressure from the media, cricket administrators and sponsors alike to resign only to capitulate three weeks before his time was up. Did he resign to make a point or was he pushed? The resignation of the acting CEO, Jacques Faul, a month before his secondment was to end, is further testimony of an organisation that is in crisis and dysfunctional. Faul is the only person who has the experience and modern-day acumen to lead and manage South… Continue reading

Cricket South Africa (CSA) have announced that they intend changing the franchise structure back to a provincial structure from the 2021/22 season. The franchise system implemented during the 2004/05 season has proved to be the demise of domestic cricket with regard to the support of the domestic game because it disconnected cricket teams from their communities who could not identify with the new brands. The franchise system also proved to be too narrow regarding opportunities for cricketers, especially with the transformation of South African cricket when it was implemented. The only way forward for South African cricket is to implement a provincial system of twelve provinces. This would give every cricket centre a provincial team, create more opportunities for players and restore community interest in cricket again. This would once again make South Africa a true cricketing nation. However, the time is not right to make that strategic change for… Continue reading

The Federation of International Cricketers’ Associations (FICA), of which the South African Cricketers’ Association (SACA) is a founding member, recently released a global survey of the employment of men’s professional cricketers.   The survey is compiled mostly from data from the 2018/19 season.  The report is increasing in significance and authoritativeness because it is the fifth such report and comparisons can now be drawn with similar reports from 2003, 2007, 2011 and 2016.  The report is compiled from data from 4,191 professional cricketers from all twelve countries with Test match status plus Scotland. The report found that cricket continues to lag the world’s other major team sports, such as football and rugby, in the recognition of player associations and generally accepting the role of players in the game.  This is mainly because India and Pakistan (which collectively represent 35,6% of all professional cricketers) still do not have a fully-functioning, recognized players’… Continue reading

Cricket has made its return with the Test series being played between England and the West Indies in England in locked down stadiums. It is unusual seeing a Test match in England played in an empty stadium, but it is as they call it the new norm. The series is locked at one all with the final Test also scheduled for Old Trafford, the venue of the second Test. The series has so far produced good, old-fashioned Test cricket. The difference between the teams has been Ben Stokes. He has matured into a fantastic all-rounder and, in the words of England captain Joe Root, he is “a great of the game”. After the second Test most critics would certainly agree with Root. The England & Wales Cricket Board (ECB) and the game of cricket are indebted to the West Indies for agreeing to tour despite the threat of the coronavirus.… Continue reading

In February 1993, the International Cricket Council (ICC) were due to have a routine annual meeting at its head office at Lord’s in London. While the world was changing all around it (the late 80’s and early 90’s was a particularly tumultuous time), cricket’s governance had remained virtually unchanged since the formation of the ICC in 1909.  It was the fiefdom of the Marylebone Cricket Club (MCC).  The MCC’s offices were the ICC’s offices and the MCC president was ex officio also the ICC president.  The 9 Full and 19 Associate Member countries had earlier in principle agreed that the 1996 World Cup would be hosted by England.  The February 1993 meeting was supposed to be a rubber stamp.  That is until India started having second thoughts…India sensed the shifting power balance and started canvassing for the tournament to be held on the subcontinent. With the increased membership, the ICC… Continue reading