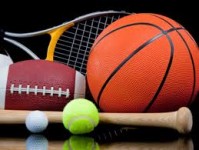 Many of the world’s leading sports brands recently announced their annual results for the financial year ending June 2014. In a world that is still slowly recovering from the 2008/9 recession, it is remarkable to see how many of the well-known sports brands increased their revenue and sales (although not always profits) over the period July 2013 to June 2014.  Sports goods are not cheap but it wouldn’t appear to put off consumers. It could of course be argued that a lot of the growth in global revenue and sales is driven by marketing campaigns around major sport events, and to a degree that is true.  The FIFA World Cup in Brazil earlier this year, as well as the cricket and rugby World Cups looming in 2015, necessitate mega-promotions around the world. Nevertheless, the results are generally speaking not what one would have expected. Here are some of the notable… Continue reading

Former New Zealand Head Coach and Warwickshire batsman Andy Moles has been appointed Head Coach of Afghanistan. Moles will be in charge of Afghanistan for their first ICC Cricket World Cup in Australia and New Zealand in February and March 2015. Moles coached New Zealand when they lost to Australia in the 2008 final of the ICC Champions Trophy in South Africa. He has plenty of experience coaching ICC associates countries like Scotland, Kenya and Hong Kong.  Scotland won the 2006 ICC Associates Trophy with Moles as coach. Continue reading

South Africa has started their Cricket World Cup preparations in Zimbabwe and there have been some encouraging signs. As expected, they easily defeated Zimbabwe in the three match ODI series and won the Triangular with Australia. Of the eight matches they won seven and beat Australia twice. The Proteas now have ODI tours to Australia where they play five matches and to New Zealand, where they play three matches, in preparation for the Australasia World Cup in February and March 2015. They then conclude their preparations with five ODI’S against the West Indies in South Africa. The South African team that leaves for the 2015 World Cup will have been better prepared than any of their six predecessors that have  participated since the country’s first World Cup in 1992. Cricket South Africa and the team management must be congratulated on leaving no stone unturned to ensure that the Proteas have their best… Continue reading 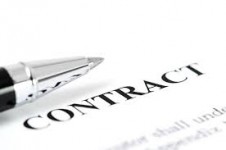 When sportsmen misbehave or throw their toys out the cot (think Luis Suarez, Frans Steyn or Herschelle Gibbs), people are usually quick to say their employers should sort them out just like you would for any other employee.  This, however, is only partially true as a professional sports employment contract is not always as legally binding as one would expect of a contract. A professional contract doesn’t allow the sportsman to willy-nilly disregard its content, but it is very important that the sportsman knows it is different from a “normal” employment contract and that the context in which it operates makes it a kind of its own. A conventional contract of employment consists of two parties, the employer and employee.  It can loosely be described as a mutual agreement in terms of which the employee for a specific period and remuneration places his services under the authority of an employer. … Continue reading

There is a concern developing amongst the cricket administrators that the T20 game around the world will have a detrimental effect on international cricket as we know it. There is more and more talk of players becoming free agents and only playing T20 cricket. In a recent survey done by FICA only fifty percent of professional cricketers’ ambition is to play for their country. In years gone by this was a hundred percent. In reality does the T20 game really hold these threats for international cricket? The only T20 tournament that is rich is the Indian Premier League. The Big Bash League in Australia is the next richest and then the Caribbean Premier League, but neither can compare with the IPL. In England and New Zealand they have scrapped their tournaments and now play a league. Sri Lanka has for the time being shelved any ideas of a T20 tournament… Continue reading

Finally, the time will arrive for all the sponsorship activation plans to become reality.  For the majority of athletes this will be a completely new experience and, in certain areas of activation, quite possible the only time they’ll do it. The athlete needs to know what he is letting himself in for; the sponsor (and by extension, its advertising or event management agency) needs to be mindful of his subject. Activation is never a simple process and can be fraught with danger and obstacles.  Meticulous planning is needed.  The cardinal sin is to rest on your laurels and expect certain things just to fall in place on the day of activation. But when done professionally the results of a successful sponsorship activation plan will catapult the sponsor’s brand and the athlete’s image into the consciousness of the target audience in ways that pure advertising cannot. The athlete’s buy-in and level… Continue reading