For years the International Cricket Council (ICC) said that Test cricket is their main product, but did nothing to market the oldest form of the game or give it context. However, they have now implemented the ICC World Test Championship (WTC) to give Test cricket a whole new dimension. The WTC started on 1 August 2019 in the first Test of the Ashes series at Edgbaston and will culminate at Lord’s in June 2021 when the two top teams on the log play the final. During this period Test teams will earn points from the Tests they play and there will be a WTC log. The ICC will hope that this initiative will be a new lease on life for all bilateral Test series. The health of Test cricket around the world varies from country to country and depends on the dynamics that drive cricket in each country. The recent … Continue reading 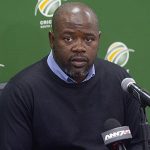 Last month Cricket South Africa (CSA) announced the creation of a new management structure for the Proteas with a lot of fanfare. In essence the two people in charge would be the cricket director (overseeing all national teams and ensuring everything is geared towards the Proteas performing at its optimal level) and the team director (the former head coach with a new title).  We were further told that the team director’s position was modelled on that of the team manager you find in the professional football leagues in Europe. A team manager in professional football a) assembles his own coaching team around him (i.e. people he personally trusts), b) ultimately makes all team decisions (as in the words of former American president Harry Truman “the buck stops here”) and c) accepts that he would be the fall-guy if the team does not perform satisfactorily. CSA would have us believe the … Continue reading 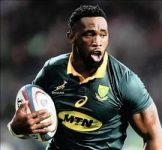 Once again we find ourselves in a World Cup year in 2019 with regard to cricket and rugby. The 2019 Cricket World Cup is now history and England are the champions for the next four years. The Rugby World Cup (RWC) starts in Japan later this month and listening to the experts we can expect a closely contested World Cup. The Springboks are in Japan preparing for the RWC and are rated as one of the strong favourites to win the title. They secured the shortened 2019 Rugby Championship having won it for the first time in ten years. However, their success the last two years against the All Blacks has revived a great historical rivalry and restored the Springboks’ credibility. The Proteas on the other hand exited the CWC after the sixth match when they could no longer reach the play-off stages. They finished with victories against Sri Lanka … Continue reading 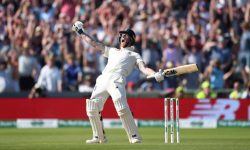 In December 2017 South Africa played the first ever four-day “Test” match against Zimbabwe in Port Elizabeth.  In a column at the time I called it another example of the “insidious erosion” of the history, traditions and values of Test cricket.  Almost two years later, the facts seem to suggest that the erosion might be more natural than insidious. Here are the most recent facts: Since the beginning of 2018 until last week’s Sri Lanka / New Zealand clash, there have been 67 Tests. 40 of them finished within four days or sooner. In 2019 alone, 13 out of 19 Tests have finished within four days or less. That is 68.42%, the highest in the history of cricket for a calendar year in which a minimum of ten Tests have been played. The last three calendar years are among the top five in Test history in terms of matches finishing … Continue reading

The first country to appoint a national coach in the 1980’s was Australia when they appointed former Australian captain, Bobby Simpson, as their national coach. With Bobby Simpson as coach Australia won the Cricket World Cup for the first time in their history in 1987 in India. This created a precedent and every nation started appointing national coaches with varying success. Over the years it became like a football coaching merry-go-round, with coaches being fired left, right and centre. Like in other sports, the players are not held accountable for their performances. But coaches are even fired if they lose the so-called “dressing room”. The phrase is true that there are only two types of coaches, those that have been fired and those that are waiting to be fired. Former South African coach Russell Domingo has been appointed coach of Bangladesh. He is their seventh coach in eight years. South … Continue reading 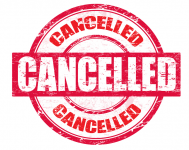 On Wednesday night at 20h15 my phone rang.  It was one of our players who had recently been picked in the draft for the inaugural Euro T20 Slam.  It was to start on 30 August. His first words to me were:  “Francois, I have some disturbing news.”  As someone who has received a few late night calls I’d rather not receive again in my life, I didn’t like the sound of it.  He continued:  “I’ve just received the news that the Euro T20 has been cancelled.” My first thought:  Phew!  Luckily it’s only that and not something tragic.  But mulling over his words the last two days it slowly dawned on me why he called it  “disturbing”.  For years he has performed out of his skin at domestic level, but has never had a break to get into one of the lucrative overseas tournaments (despite registering for the auction or … Continue reading

Cricket South Africa (CSA) faces many challenges in the short, medium and long term to ensure the sustainability of South African cricket as a top-tier nation internationally. The poor performances at the 2019 Cricket World Cup (CWC) are only a small symptom of the challenges the South African game faces. In fact what happened at the 2019 CWC was eventually going to arrive as a result of years and years of neglect of cricketing principles with regard to team selections, appointment of coaches and administrators. The biggest threat CSA face is possible bankruptcy in the next two years. In the last eighteen months CSA’s accumulated funds have shrunk from R1,2 billion to R300 million. They have informed parliament that they have forecasted a loss of R654 million over the next four years. This loss includes the lucrative television income from the upcoming England tour.  There is no communicated strategy to … Continue reading

At the time of posting this article, the International Cricket Council’s (ICC) latest brainchild, the World Test Championship (WTC), will be one day old. The big driving force behind the ICC introducing the WTC was the lack of context the majority of Test series have had over the last two decades.  One Day International cricket has had a World Cup since 1975 and co-existed (largely) peacefully with Test cricket.  However, the advance of T20 cricket and the first world title in this format in 2007 has radically eroded Test cricket of context.  Since then too many bilateral Test series were just too often being described as “meaningless” (i.e. having no context). The Test rankings gave the countries something for which to play.  The top ranked team on 1 April every year was rewarded by the ICC, so Test cricket had a semblance of context.  The WTC will create a … Continue reading 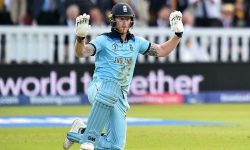 Now that all the emotions of winning and losing have been digested after the Cricket World Cup (CWC) final at Lord’s, the question needs to be asked if England deserved to be crowned 2019 CWC champions or not? England never won the match with both the final and the super over ending in a tie. To separate the teams they used some arbitrary T20 rule that the team who hit the most boundaries (and that was England) won. In the final analysis England was awarded the World Cup on a technical basis as New Zealand was never beaten. What an unsatisfactory way of deciding the destiny of the CWC.  Why could there not have been an additional super over to determine a fair winner? To the credit of England captain, Eoin Morgan, he publically stated three days after the final that it was not the ideal way to win the … Continue reading

In one of my earlier columns at the start of the 2019 Cricket World Cup (CWC) I expressed the wish for seven weeks of unadulterated cricket enjoyment.  From Imran Tahir’s first over at the Oval to the Lord’s final’s manic ending, that wish came true (mostly). What was good about the 2019 CWC? The International Cricket Council (ICC) has nailed it with the 10-team format. There were no easy matches and the tournament stayed alive until the last few games of the group stages.  The two teams that had to qualify to get to the CWC, the West Indies and Afghanistan, ended 9 & 10.  Coincidence or not? The contest between bat and ball was far fairer than we’ve come to see in most ODI’s since the 2015 CWC. The high-scoring England-Pakistan series before the World Cup made 350 to 400 seem like the par scores, but scores around 250 … Continue reading